Water management of the urban parks is a hot issue with increasing social relevance. If we are able to understand behavior of urban parks under special conditions, it can be essential to achieve a more sustainable water management.

Water management of the urban parks is a particular research direction in the frame of urban geology. Natural and antropogen factors affect these green sites, giving a special scientific importance of their investigation. Social relevance of these complex environments is also arising, since ability of tolerance of extrem heat events is highly supported by these green areas.

Points mentioned above were the base to introduce a new research project in 2016. Within the frame of this project, field studies have been started in 4 parks of Budapest from summer of 2016, which were supplemented by another one from 2017:

After shallow geophysical measurements, one shallow drilling was established, in every park. Soil and groundwater (if available was) samples were collected for laboratory analysis.

Beside these field works, soil temperature and soil moisture measurements were started, and are being still in progress, at four different locations of a given park, every week. The locations were selected to represent different microclimatic conditions of the parks:

Our objective is better to understand behavior of urban parks under special conditions (e.g. during heat island effects), comparing green sites in the downtown and the suburb area on the one hand, and within a single park, on the other hand. 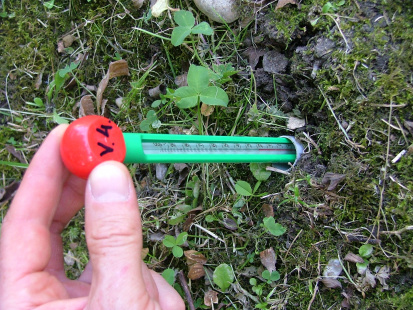 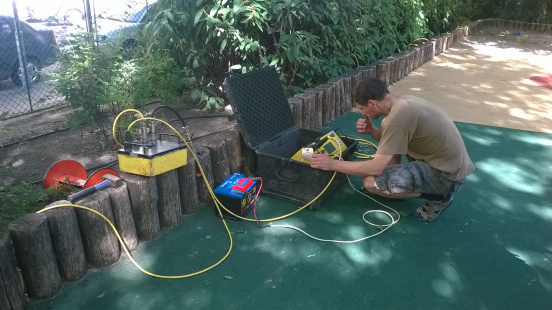 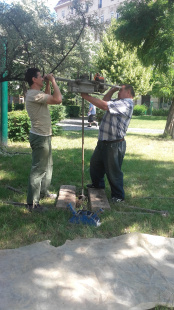