MINERAL RESOURCES OF HUNGARY AS OF 1 JANUARY, 2017

The Hungarian Office for Mining and Geology keeps the records of mineral resources and reserves of Hungary pursuant to provisions of the multiple amended Section 25. of Act No. XLVIII. of 1993. on mining as well as Government decree No. 203/1998. for its implementation .
According to the present Act, mineral raw materials of Hungary in their natural occurrence shall be state property. Such treasures form a part of natural resources and national assets of our country, keeping records of them has been on by the Hungarian Office for Mining and Geology and its predecessors since 1953.

Balance-like registry of national mineral raw materials is based on the obligatory data delivery from mining entrepreneurs as well as the resolutions issued by the concerned County Government Offices (the Division of Mining Supervision and four Departments of Mining of Divisions for Authority Affairs). Raw data of the registry are the following:

Based on such available data, mineral resources and reserves are recorded separately by each raw material including occurrence(s).
The National Registry on Mineral Raw Materials and Geothermal Resources consists of more than 4,000 registered mining areas. Both resources and reserves as of 1 January 2017. as well as production of Hungary in 2016. are presented in the following table.

Geologic resources of coals in Hungary are presented in Table 2. 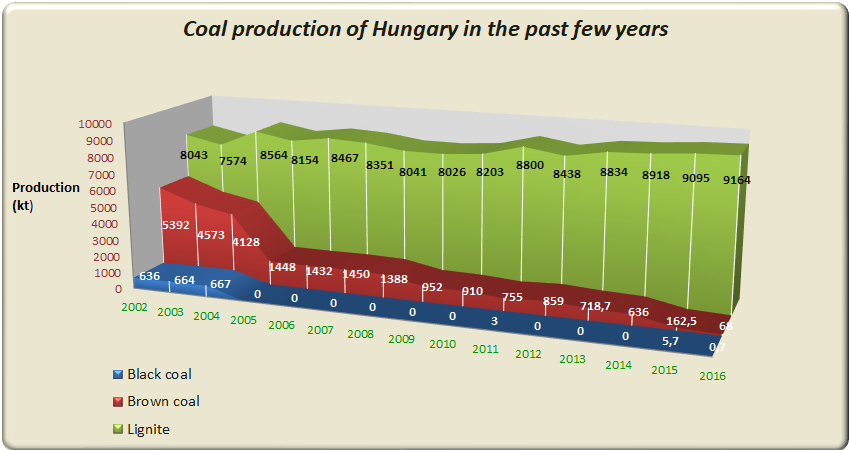 Figure 1. Coal production of Hungary in the past few years

As for the registered 311 crude oil and natural gas mining sites, all changes in mineral resources, reserves in 2016 are due to the activity of 21 mining entrepreneurs.

As for the 1% decrease in geologic resource concerning conventional crude oil, it was due to exploration, which also over-compensated the combined effect of the exploitation and the negative resource correction 15 times its volume. Exploitable reserve decreased by 9% due to mainly the negative resource correction, which over-compensated the combined effect of exploration and production analysis five times more in absolute terms than the exploitation.
As for conventional natural gas, registered resource data increased by 4%, while reserve data by 9.6% due to mainly correction.
Both geologic resource and exploitable reserve decreased concerning carbon dioxide resulted entirely by the decrease in production. The decrease was 0.4% taking the base number of the exploitable reserve.

Geologic resources of hydrocarbons and carbon dioxide of Hungary are shown in Table 4.

Table 4.  Geologic resources of hydrocarbons and carbon dioxide of Hungary

Production and geologic resources of the past few years are presented graphically in Figure 3. 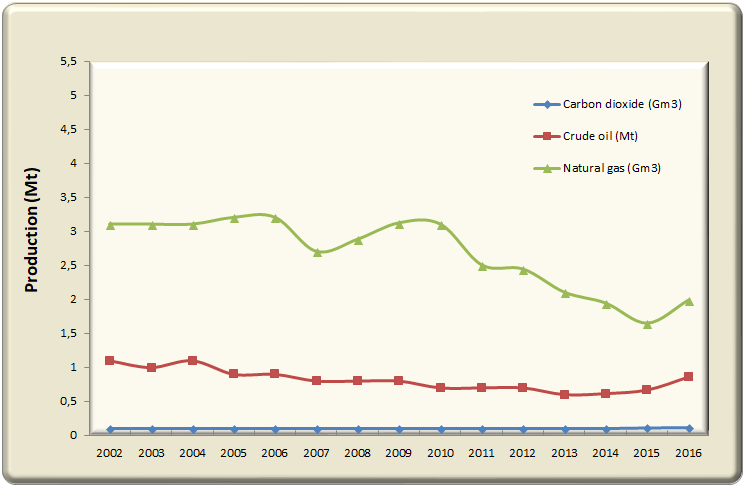 Figure 2. Production of crude oil, natural gas and carbon dioxide in Hungary between 2002-2016 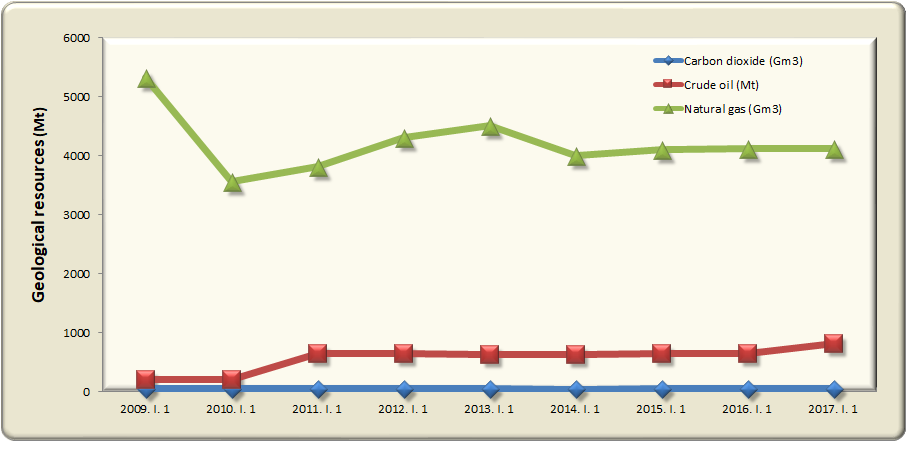 Table 5. Iron, uranium and non-ferrous metal ore resources of Hungary as of 1 January 2017

Table 6. Bauxite and manganese ore resources and reserves of Hungary, production in 2015 and 2016 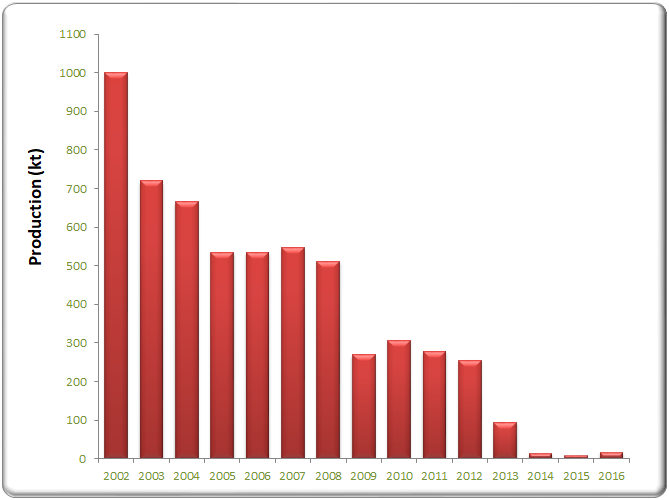 Figure 4. Bauxite production in Hungary in the past few years

Non-metallic mineral raw materials are recognized as more than 60, solid mineral types (of various geologic age and generation, except fuels and ores) used in many areas of national economy.

The total recognized non-metallic geologic resource is 10,827 Mm 3 from which 6,314.9 Mm 3 is exploitable. The present resources are split between 3,166 deposits.
Based upon utilization, non-metallic mineral raw materials are classified into 7 main raw material categories as follows:

Table 7. Non-metallic resources and reserves of Hungary, with production

The production of non-metallic raw materials in 2016 is decreased by 2.77 million m3 as prepared to the previous year. 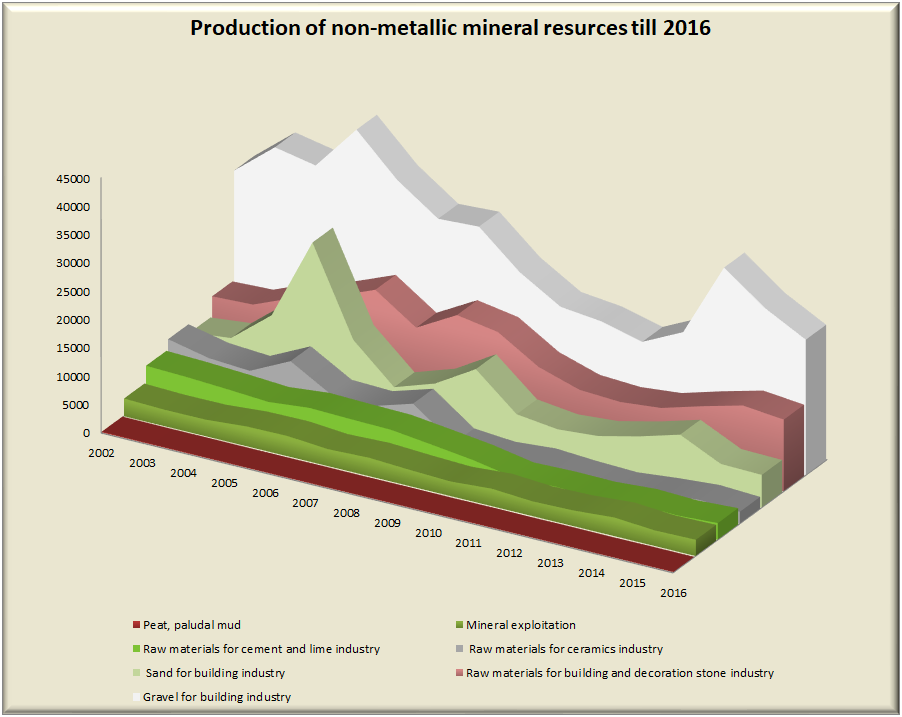 Figure 5. (Cumulated) production of non-metallic raw materials in Hungary in the past few years 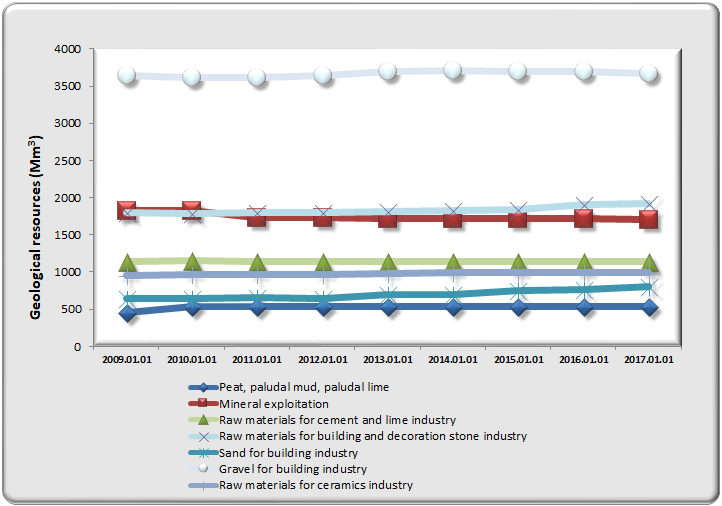 Pursuant to Government decree No. 54/2008.: ”Geothermal energy: The inner thermal energy of Earth's crust which can be utilized for energetic purposes. Geothermal energy is recovered by either the transfer of fluids or gases above 30 o C (geothermal fuels), direct exploitation of such fuels or recirculation."
The exploited volume and recovered energy in total reported to the Department of Mining and Royalty Income Affairs of the Mining and Geological Survey of Hungary are as follows:

Upon an obligation from the European Union, there is an obligation for servicing data pursuant to paragraph (3) of Section 14 of Ministerial decree No. 14/2008. on mining wastes in case of any change in mining waste. So we started to register all data in 2009. referring to any changes either in volume or in quality.
At request, mining entrepreneurs - in the frame of annual data delivery - submit data on waste rock and waste generated in the reference year, sorting them in different groups.